CoMech Metrology in the Aerospace Sector 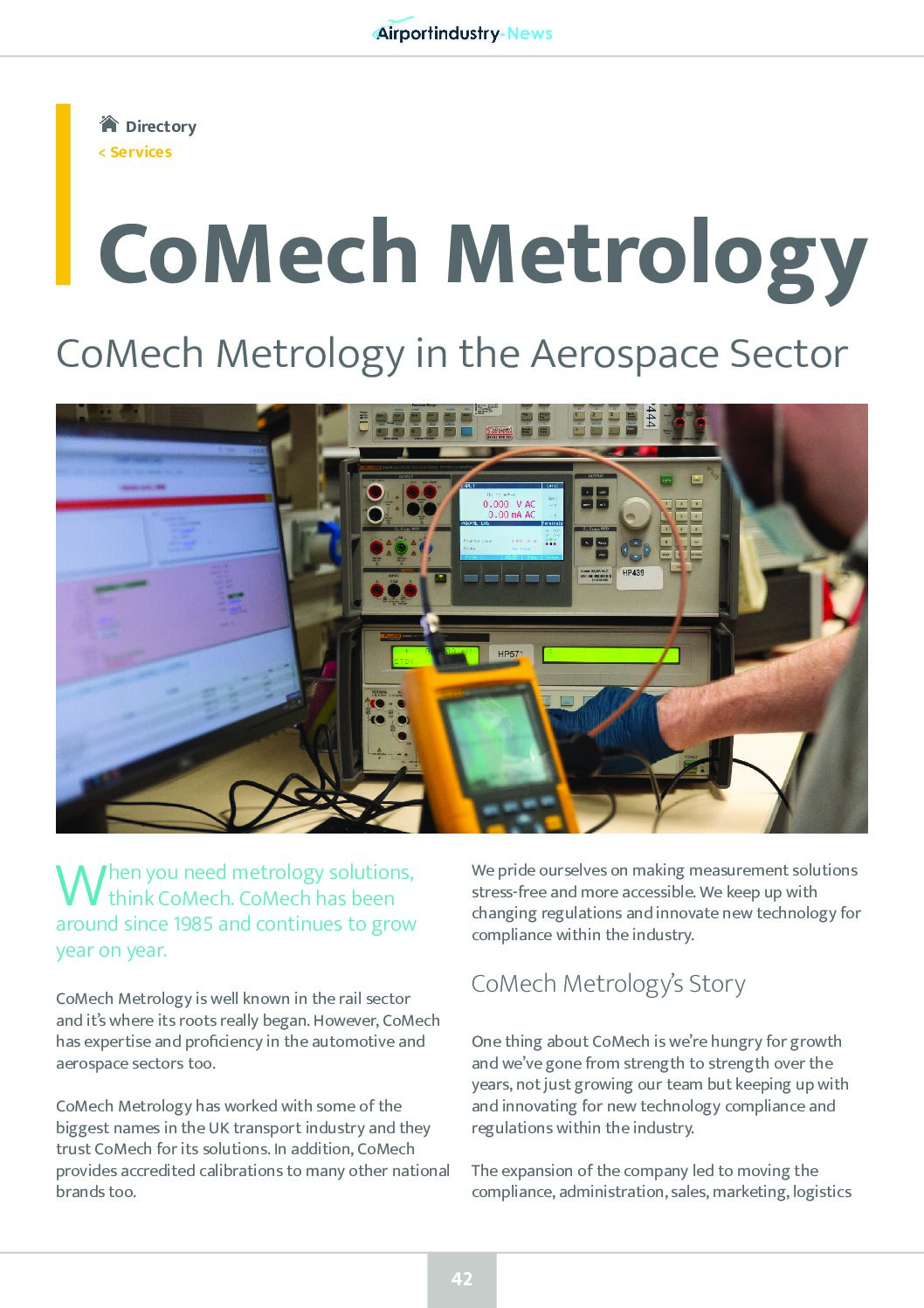 CoMech Metrology in the Aerospace Sector

This article first appeared in the Airport Industry-News magazine, Issue 1 2022.

When you need metrology solutions, think CoMech. CoMech has been around since 1985 and continues to grow year on year.

CoMech Metrology is well known in the rail sector and it’s where its roots really began. However, CoMech has expertise and proficiency in the automotive and aerospace sectors too.

CoMech Metrology has worked with some of the biggest names in the UK transport industry and they trust CoMech for its solutions. In addition, CoMech provides accredited calibrations to many other national brands too.

We pride ourselves on making measurement solutions stress-free and more accessible. We keep up with changing regulations and innovate new technology for compliance within the industry.

One thing about CoMech is we’re hungry for growth and we’ve gone from strength to strength over the years, not just growing our team but keeping up with and innovating for new technology compliance and regulations within the industry.

The expansion of the company led to moving the compliance, administration, sales, marketing, logistics and finance departments to the RTC (Rail Technical Centre) in 2016. In 2021 following further growth, these departments along with the electrical and pressure calibration departments were then moved to larger premises on Pride Park. This was a significant step towards providing scope for future growth into other sectors in addition to rail – such as aerospace, automotive and general high-tech engineering.

We’ve never quite lost the ‘small business’ care though. Our team works together to give our customers the best experience, as we like to say at CoMech, we’re big enough to deliver but small enough to really care.

The home to our ever-growing team and accredited laboratories is located at the centre of the UK’s rail industry in Derby, East Midlands.

Use the form opposite to get in touch with CoMech Metrology directly to discuss any requirements you might have.

Subscribe to Airport Industry-News and never miss a story!